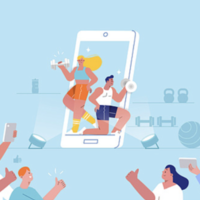 In April last year, the Ministry of Justice expanded the use of Korean-language names with foreign residence cards in order to ease the inconvenience of the people who are confused by the inclusion of Korean-Chinese residents in Korea and the improvement of their living convenience.

However, real-name verification is possible only by English name, and online personal identification services such as opening a bank account and opening a mobile phone, as well as issuing an i-pin linked to it were not available in Korean name.

In response, the Ministry of Justice has actively cooperated with the Korea Communications Commission and the Ministry of Science and ICT by holding working-level meetings several times to overhaul the related system so that it can verify the real name even in Korean names.

The government plans to improve the inconvenience of foreigners staying in Korea for a long time.