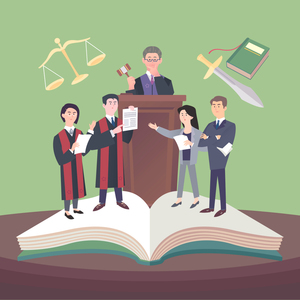 The Korean Employment Permit System was introduced in 2004 to alleviate the labor shortage in SMEs. When the employer applies, the government selects foreigners and issues work visas. It was introduced to substitute and enhance the foreign industrial trainee system, which began in 1993 when workers’ human rights violations and dispatch corruption emerged broadly in Korean society.

Most foreign workers via the employment permit system enter the country of non-professional employment (E-9) status. Basically, it is allowed to stay for up to 3 years, and it can be extended for 1 year and 10 months when reusing. The same labor standard law and the minimum wage system apply to Koreans. You must also buy major social insurance.

In the first year, 41,000 foreign workers from six Asian countries, including Vietnam, the Philippines, and Thailand, were assigned to Korea. Since then, the number of countries dispatched has been expanded to 15, and more than 100,000 were assigned every year from 2006 to 2007. The quota for foreign workers reached 132,000 in 2008.

However, the following year, the foreign workforce quota fell to a quarter of the previous year. This is because the government decreased the quota for employment permits with the goal of resolving the unemployment of the Koreans. The construction employment registration system for visiting employment (H-2) was implemented to partially limit the allocation of foreign workers to construction sites.

Although it was a follow-up to the global financial crisis from the United States, it was evaluated that the shortage of SMEs was intensified because few Koreans wanted to work in the place where foreigners were.

In 2012, the new workforce allocation was shifted from the first-come, first-served allocation to a scoring system. In addition, a special system for re-entry employment of faithful workers was also implemented. The intention is to prevent illegal residence of expiration of job hunting period and to induce longevity of skilled workers. Since 2014, more than 50,000 foreigners are assigned to domestic SME sites each year, contributing to mitigating the short-term workforce shortage. With Laos sending its first workers in 2018, the number of sending countries increased to 16.