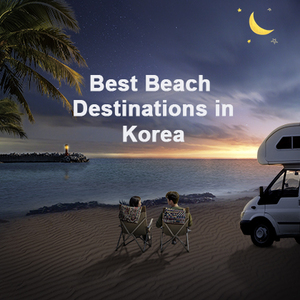 Are you planning a summer vacation in Korea? Don’t miss Korean coastal destinations! Korea surrounded by sea, Korean beach open in June or July and ended on late august. Summer is short! let’s check it out

The East Sea, known for its clear waters and white sandy beaches. One of the most popular destination. People come from near and far to catch the stunning views and fresh seafood.

Beaches along the western coast are easily accessible from Seoul and therefore extremely popular among peoples. The beaches of the coast of the west are also great places to catch the sunset and little marine life.

The southern coast of Korea, there are myriad islands and beautiful beaches. The South Sea is also home to Jeju Island, Islands in the South Sea provide visitors with vastly different experiences from those along the east or west coast. Each beach has its unique style, meaning that there are almost limitless options for visitors willing to travel a little further from Korea’s capital.